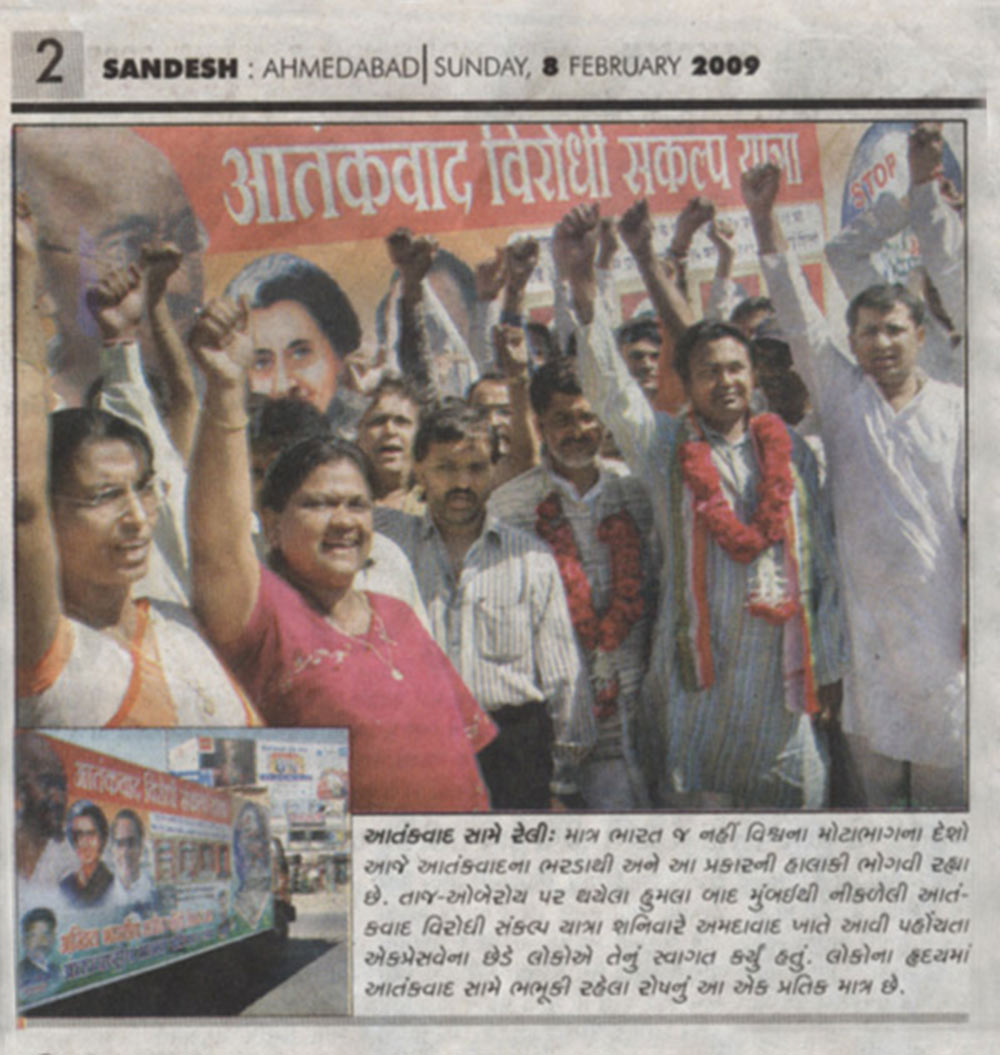 To promote awareness against terrorism and its harmful effects on society, All India Rajeev Gandhi Vichar Manch in collaboration with International Human Right Association (affiliated to United Nations and International Bar Association) is organizing a "Pledge against Terrorism" March from Gateway of India, Mumbai. The Yatra (March) will be flagged off by dignitaries at Mumbai on 30th January, 2009. the Martyrdom Day of Rashtra Pita Mahatma Gandhi. The Yatra on wheels will pass through Maharashtra, Gujarat, Rajasthan, Haryana propogating peace and harmony apart from creating awareness against terrorism.

The yatra will culminate at Veer Bhumi, the resting place of Late Shri Rajeev Gandhi on 15th February, 2009.